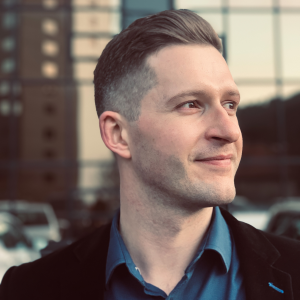 Previously we posted which Microsoft license do I need to use Direct Routing for Teams Calling from Lightwire Business in 2020, and this is an update, which now includes some pricing and implementation models comparisons.

Navigating licenses can be tricky and time-consuming, especially when they frequently change – it’s a question we often get from our clients and partners.

On April 1st, 2020 Microsoft released a new ‘Microsoft 365 Business Voice with Direct Routing’, i.e. ‘Business Voice’ without the calling plan, which allows you to unlock Direct Routing for Teams Calling that had previously only been available for those on Enterprise Plans via the Phone System add on.

The Microsoft 365 Business Voice with Direct Routing can be added to the following plans for up to 300 users:

What does this mean in less technical terms? Even the smallest businesses will be able to use Lightwire make calls via Microsoft Teams in most cases.

Microsoft Phone System and optional Audio Conferencing can be added to the following plans:

The graph below from Microsoft summarises the features and requirements, but it’s confusing as they use a different name for the business add-on and uses USD pricing.

To make it simple; you only need to worry about these two add-ons:

Pricing in NZD and ex GST.

This means that if you have users with Microsoft 365 Business subscriptions will need to get the add-on named “Microsoft 365 business voice without calling plan” which retails for approximately $18.14 p/month.

This is sometimes referred to as ‘Microsoft 365 business voice with direct routing, as shown in the table on the right.

For those that have users licensed with 365 enterprise E3 or E1 licenses they will need to add on the “Microsoft phone system license” which is $12.10 p/month

But if you have Microsoft 365 Enterprise E5 licensed users you will not need to add on any additional licensing as the is that subscription already contains the Microsoft phone system license.

What does a user costs for Microsoft Licensing?

For some, it still might be a bit unclear, but here are the two most common scenarios:

Here’s a complete break down for you.

If you have 365 Business pricing, this is your total per-user cost:

If you have Office 365 Enterprise:

Finally, if you have Microsoft 365 Enterprise:

This Microsoft pricing is in NZD and is the RRP from Microsoft on Annual Commit basis and sourced from within an Office 365 tenancy + the calling add-on prices listed previously, ex GST and in NZD.

Lightwire designed a calling model that scales better for businesses; our approach is excellent for companies that have lots of staff or those that have a lot of part-time staff or casual workers.

Our pricing and bundles are based off the number of simultaneous calls you need to be able to make or in other words how many people will be on the phone at any given time called a channel, and a channel represents a single call.

Our pricing includes a generous amount of outbound calling minutes based on the bundles and with pricing from $44 per month for a 5 Channel Bundle.

We like to say don’t get sucked into paying for staff unnecessarily that are not using the system, so let’s looks at how this price model stacks up against the competition and a real-world example.

Let’s say this is your local law firm, ‘Contracts R Us’ and they have 50 staff members (users) with phones and have licensed all them all with Microsoft E3 + phone system which as we saw before cost $44 per month, per user (just for Microsoft licensing).

Now they need to pick a direct routing provider, so they look at competitor A on the left diagram.

For this, we can see the industry-standard cost for Teams calling is around $25 per user (this on top of you Microsoft licensing) bringing the cost of each user to $69 per month.

We can see that calling alone is going to cost them $1,250 per month and those Microsoft Licensing costs will be $2,200 bringing and a total cost of $3,450 per month which is direct routing and the licensing.

That’s pretty expensive, but their model does include unlimited calling in most cases so we’ll give them that for now.

But Contracts R Us has worked out only a maximum of 20 people need to use the phone at the same time, and that’s a rare occasion, so have looked for an alternative; here’s where our model, the one on the right comes in.

Under our model, a 20-Channel bundle from us at $269 per month and we broke that down, averaged it across all the users (including the Microsoft Licensing costs) they are now only looking at $49.38 per user.  That brings the total to $2,469 for the month for everything and saves them $981 p/month.

Our model doesn’t penalise Contracts R Us for having lots of users who don’t use the phone frequently. But what if they need to hire ten interns for the summer?

They would only need to cover the Microsoft Licensing costs under our model or pay another $25 per user, per month ($250 per month for all ten users) over the summer under the competitor’s mode.

Ours is scalable and cost-effective, which is why we like it and have had a good uptake from customers.

How do you work out how many Channels you need?

That’s how many calls you need to be able to support simultaneously, for an average business take the number of staff you have and divide by two for and three if you’re looking for further cost savings. With Lightwire, you can always upgrade the number of channels as you grow.

What about Implementation costs?

That’s down to you as we very much Team Calling Direct Routing as a third party PBS. Check out our webinar on what you need to set this up and implement for your business.

As general guidance, we’ve spoken with a few of our partners to gauge how long their implementations have taken, and you’re looking at 20 minutes for each voice user you have.

So for Contracts R Us with 50 users, around 16 hours of effort to set them up which includes sorting out licencing, calling queues etc. This time is going to vary wildly based on size, complexity, requirements, etc.

For more information or any questions you have, feel free to reach our to the sales team at sales@lightwirebusiness.com.

Which Microsoft license do I need in order to use Direct Routing for Teams Calling from Lightwire Business in 2020? Navigating licenses can be tricky and time-consuming, especially

Digital Transformation is the use of new, fast, and frequently changing digital technology to solve problems. It’s also about making smart choices. You’re likely reading this because you’ve

Get to know Teams Calling and learn if it’s something for you and your organisation (or not) in an informal no obligations on-demand webinar with Nick Phillips.